Having received support for the album "Kalba" from the likes of Gilles Peterson, Cerys Matthews, Tom Robinson and many more at BBC 6Music, as well as Jazz FM, KCRW, FIP and DJs like DJ Angola and Tim Love Lee, Isaac Birituro & The Rail Abandon return with some choice remix versions of tracks from their stunning debut. 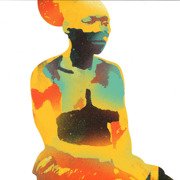 Speak To My Soul Remixed