While some of the hype surrounding Acting Press may have cooled in recent times, the Berlin-based label remains in rude health. That much is proved by this album-length double vinyl excursion from Intera, an all-star collaboration between PLO Man, Hashman Deejay, C3D-E. The trio starts in stunning fashion with the spaced-out, far-sighted dub techno/ambient fusion of "697", before brilliantly wrapping huggable, ultra-deep chords around a skittish techno beat on "463". They pay tribute to the glory years of Detroit techno on the all-action bustle of "548", while "653" sees them place bouncy, glassy-eyed riffs and Modem-style electronic sounds atop another retro-futurist techno groove. "414" is techno-funk after an extra-strong dose of shrooms and "410" is a superb ambient techno excursion.

What is the INTe*ra: Aqueduct?It functions like any other - as a conduit that takes a molecular mass,in this case water, breaks it into bits, all of identical DNA anddivides the course of these new individual structures into multi-ple destinations. But, are the new structures identical? What about allthe stuff? The metallic veneer that rubs off onto our palms afterexiting a locomotive. The grease, or is it oil? Or are these new molecules,with their new DNA, on course to their next and potentiallyfinal destination? Or is it still just oil? Oil has to move, us too, fast. 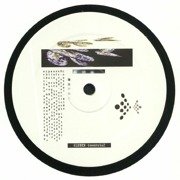