Nine tracks of classic Muslimgauze material: Tribal and percussive, mixed with tape loops, ambigue atmospheres and some noisy edginess. Bryn Jones originally recorded and mixed this album at the Abraham Mosque in Manchester. It was then released in 1995 on CD (in an edition of circa 1800 copies) via the Portland based Soleilmoon Recordings, which was a sister company to Staalplaat back then. The nine tracks have been remastered for this reissue, that also comes with a new artwork.

All tracks written and played by Muslimgauze.
Recorded and mixed at the Abraham Mosque, Manchester.
Engineered by John Delf.
Re-mastered by C-drik.
Artwork concept and photography by Dmytro Fedorenko.
Artwork design by Zavoloka. 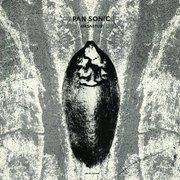