"The Shape Of Jazz To Come" - an album which sees the legendary, long standing ensemble that is known as Zeitkratzer team up with vocalist Mariam Wallentin to tackle Jazz in its own specific way and with seven live recorded cuts originally written by the likes of Geri Allen, Richard Muhal Abrams, Lil Hardin Armstrong and others including Arthur Hamilton's "Cry Me A River" which, in its original version, has become a staple not only in Jazzbut in Pop culture in general. The result of this approach to the subject is mainly molded by and built around the im- and expressive vocal performance and expansive range of the Swedish singer, giving her enough room shine with quasi-solos whilst the ensemble does what Zeitkratzer always does and does best - bending, warping and re-shaping the borders of the genre with an expertly sculpted display of multi-layered dissonance, complex ghostly structures oftentimes only fully accessible by those schooled by and experienced in Contemporay Avantgarde Music, bringing forth dynamic leaps fromcalm and quiet to mad, improvised crescendoes and sudden, brutal, multi-layered eruptions of chaos at times, staying surprisingly close to classic Dixieland structures in other cuts whilst going classy deep and smoke-infused with our instant favorite that is the dramatic, piano-led late night ballad "Strange Fruit" which is one tune thatm makes the purchase of this entire longplayer worthwhile in itself. If you like your Jazz on the edge or even pushed over, this one is for you. (Nitestylez)

Ornette Coleman titling his album The Shape Of Jazz To Come in 1959 was a statement of intent that raised the threat level to red. Invoking that title 60 years later repurposes it more as a fundamental question and Zeitkratzer director Reinhold Friedl has rethought seven classic jazz moments to say something about the underlying attitude of the music. “Strange Fruit” gets exploded from the inside, leaving guest singer Mariam Wallentin the still point in a world turned inside out, as this song most often associated with Billie Holiday views itself from numerous simultaneous perspectives. “Cry Me A River” floods Wallentin with weeping woodwind microtones, and you marvel at her ability to maintain line and pitch. Revisiting 1920s classic jazz without resorting to pastiche or mannerism is a tough call and Friedl’s solution is, once again, to disentangle the musical material from obvious idiomatic hooks. “Struttin’ With Some Barbecue”, recorded originally by Louis Armstrong’s Hot Five in 1927, and Sweet Emma Barrett’s “Jelly Roll Blues” are peppered with unexpected subtleties, the theme of the Armstrong piece emerging only gradually from behind a whirligig of overexcited counterpoint, “Jelly Roll Blues” whipping itself up into sustained expressionist hysteria. This returns us to Zeitkratzer’s monumental unscrambling of Muhal Richard Abrams’s “Bird Song”, which opens the album, setting its tone and mood. The original hurls frenetically twisted instrumental lines around the space, with a bracing shift of texture as hollering woodwind suddenly ambushes the strings; Zeitkratzer’s design retains one big gestural shift, when the energy abruptly snaps and the sounds scatter in another direction. At just short of 25 minutes in 1968, Zeitkratzer have compressed their remake into a 15 minute thrill ride packed with improvisational volatility and a tactile engagement with sound that feels wholly faithful to the spirit of jazz with attitude. (WIRE)

Zeitkratzer do jazz their way alongside dextrous Swedish vocalist Mariam Wallentin (Wildbirds & Peacedrums, Fire! Orchestra), tackling the likes of ‘Cry Me A River’ and ‘Strange Fruit’ in faithful and adventurous form.

Recorded live at Festival Sacrum Profanum, Krakow, Poland in 2018, the supergroup draw on their considerable, independent backgrounds in jazz to pay tribute to great jazz musicians from Sweet Emma Barrett to Muhal Richard Abrams following the Berlin-based new music ensemble’s various takes on music from Merzbow to Terre Thaemlitz and, Lou Reed and Stockhausen in recent years. Ever up for a challenge, they now turn their attention to jazz with the same fervour they apply to everything else, with the addition of Mariam Wallentin really leading and sparking off the whole thing.

Capable of frightening range of vocals, from smoky jazz soul to shrieking avant-grade mania, Wallentin’s vocals are a big attraction if you like those sorta things, providing ideal foil to their expansive take on Muhal Richard Abrams’ ‘Bird Song’ - a rare example both of electronics written for free jazz, and the kind of gear to be found on an upcoming Karlrecords comp - and really letting loose on their slippery cover of ‘Cry Me A River’. The choice of ‘Strange Fruit’ is perhaps perennial, topical and handled with brooding sensitivity, and the stiff but splayed roil of ‘Drummer Song’ takes the latinate original into a spiralling sort of Berlin cabaret cacophony. (Boomkat) 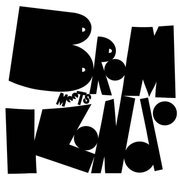 The Sea Is Rough 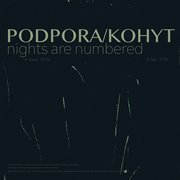 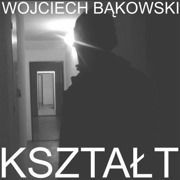 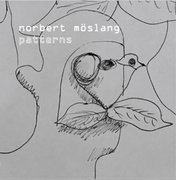 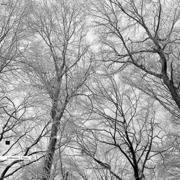 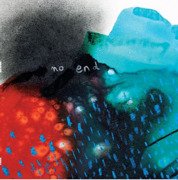