About a hundred kilometers south-west of Bamako, on the left bank of the Niger River, the Malian village of Kela is known to be home to a large community of griot musicians (jeliw) mostly belonging to the Diabaté family. Their art is recognised throughout West Africa and many griots come from all over the world to stay there, sometimes for several years, in the hope of becoming immersed in it. The six pieces for voice accompanied by guitar or traditional koni lutes were recorded in 1978 (tracks 3 to 6) and in 2019 (tracks 1 to 3), in the same traditional dwelling, which still serves as a "studio". The accompanying booklet contains the testimonies of several important musicians who took part in the recording, and evoke key elements of their universe

- For the fans of the traditional repertoires of Mali's famous griot musicians.

- For music lovers who love the voices accompanied by the guitar and the traditional lutes of the griots.

- Recordings made 40 years apart in the same "studio": a dwelling located in the village of Kela (Mali), from where famous lineages of griots originate.

- Original sound archive on magnetic tapes, digitised and restored in 2019.

- Fourteen colour photographs, taken in 1978 and 2019 at the same time as the sound recordings. 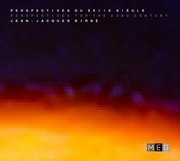 Perspectives For The 22nd Century 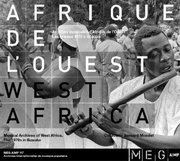 Music Archives Of West Africa - The 70s In Bouake 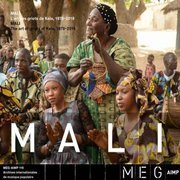