The house music super group not from Paris but from Duisburg strikes back with their second 4-Track EP on So Glad Records ! And we are so fuckin glad to present you this random press text, translated with the help of google.

A pounding bass drum, a clicking hi-hat and a popping clap is the base for a repetitive organ loop which is later surrounded by rattling jazz drum breaks and various keyboard licks. The appearance of french movie samples with dubby effects marks the breakdown, no matter if you´re dancing in the club or sipin' some brew in your favorite bar. This tune stands for the good mood and liveliness of Dimitri from Paris which meets up with Ludovic Navarre's continuation of jazz with electronic ingredients.

Deep House contemplation meets filter house aesthetics, along with cut-up samples, which reminds of Cassius in 1999-times. Classic stomping Roland drums, seemingly appearing dub chords out of the depths of the universe alongside mentioned filter rides with repetitive loops, occasional stabs and the fat analogous bassline make this track a powerful tool which will move a lot of crowds ! The Ep is completed with the two tracks She is a lady' and Belfast'.The first one is NOT a reminiscence to Tom Jones, but a fucking groovy sample work in the school of Stones Throw. Second one presents dusty breakbeats with reference to Norman Cook, joined by great strings, while some short synth figures are dancing on some soft organ chords. Adding filtered voice samples plus a few brass-like sounds and the 90s Flashback with a light UK flavor has succeeded. Join the gladness and move your feet !

ManooZ : "Superb EP, will play these joints for sure!" 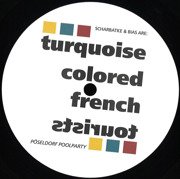