Madame E. is a musical setting of Georges Bataille's 'Madame Edwarda', a short novel that interlaces themes of eroticism, religiosity and death, and was written under the pseudonym Pierre Angelique in 1941, during the occupation of Paris. Composer Mirco Magnani wrote eleven electronic pieces and presented them to actor/singer Ernesto Tomasini. They turned them into songs by adding vocal melodies and together they produced a libretto based on Bataille's French text. The result of their dynamic interpretation is a hypnotically spellbinding performance where the audience is transported through worlds - ancient and new - and where Tomasini's haunting falsetto conveys the tormented emotions in Bataille's work and becomes the instrument that articulates the writer's famously obscure themes. The experimental operatic performance captures the atmosphere of heightened human passion, reminiscent of opera seria and revisited through hazy and minimalistic lens. The resulting dark and twitchy mood amalgamates old vintage electronic devices, string piano and Stella Veloce´s touching violoncello. The stage becomes a space where Eros and Thanatos, real and virtual, analogue and digital, cluster and melody, spirituality and technology are intermixed and turned unidentifiable, hence collapsing the binary logic of dualism. Written by Magnani/Tomasini and produced by Mirco Magnani, with lyrics taken from "Madame Edwarda" by Georges Bataille, Madame E. was developed between Berlin and London where Magnani and Tomasini are respectively based. Recorded in Berlin, mastered by Murcof and released by Magnani's label Undogmatisch, a collective that also includes Nicolas Defawe (Urban Spree) and Valentina Bardazzi, the painter responsible for the album artwork. 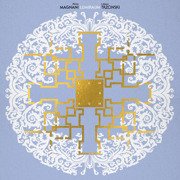