Master of ambient spaces and far out places, long-time Finnish producer Sasu Ripatti (aka Vladislav Delay) blesses us once again with another release, this from his 'Visa' period of unreleased tracks.

The first track out of the gate is a recognizable Vladislav Delay piece, but instead of gently flowing rivers of sound, instead we have a series of stiff, machine-like rhythms applied to his classic infinitely deep pads and ambient environmental sounds. It just continues to pile in more elements until becoming almost indistinguishable from his natural, organic flow. From there we move into somewhat more familiar territory but still unusually stripped down and mechanical for a Vladislav Delay joint. It's fascinating to see such an intricate songwriting process laid bare in such a way, often exposing each individual, nearly bottomless sound in isolation.

Deeper into the album, things veer into decidedly more abrasive and synthetic territory, at times becoming an almost unrecognizable artist for a moment, only to be eventually subsumed under layers of shifting ambience that could only be Sasu.

This austere minimalism makes these tracks some of the most hypnotic since the early 90s excursions, but at the same time seems to have left its organic, analog roots and melded with the harsh gridlocked modern sequencer. ~Clint Anderson 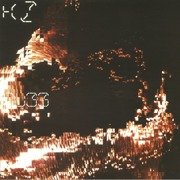