Beautiful advanced electronix tracks in the new Testtoon release! Oubys's SQM part II is 1 half of the SQM album release split into two parts. Part 1 saw the light in June 2014, and was equally stunning. Stylistically on the same plan, SQM Part II again delves into abstracted melodic and harmonic grandiosity, counterpointed with integrated blurbs of noise and static. Oubys has a fearless and often unattached approach to composition and sound. Although there's definite references to the claustrophobia of dark science fiction and his approach to melody hints at an inspiration beyond electronic music, his music stands firmly on its own and shuns every sense of political correctness. SQM Part II shares the same futuristic feeling as its first installment. A throbbing undercurrent defines its tracks and gives them structure, a structure that is just as easily abandoned in favor of of noise and harmonic exploration. Great listening trip! (comes in an small edition, so won't be in stock forever!) 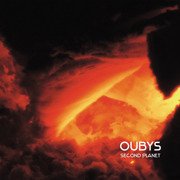