Back in 1994, legendary tenor saxophonist Pharoah Sanders joined forces with celebrated "gnawa" musician Maleem Mahmoud Ghania and producer Bill Laswell for an album of far-sighted jazz experiments. For some reason "The Trance Of Seven Colors" was never released on vinyl at the time, meaning that this double LP reissue is a genuine first. The set itself still sounds as fresh and otherworldly as it did back in the 1990s, offering a unique and otherworldly fusion of traditional Moroccan instrumentation, vocals and rhythms, freestyle jazz improvisations and cosmic production from the effervescent Laswell. We can't think of many other albums that are quite like it, which is high praise indeed. 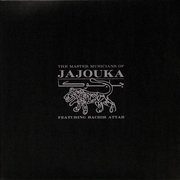 Apocalypse Across The Sky (gatefold) 180g