A new title in the series of full-album reissues that Vampisoul (co-produced in collaboration with Little Butterfly Records) is releasing as a valuable addition to the largely acclaimed compilation “América Invertida”, focusing on the obscure leftfield pop and experimental folk scene from ‘80s Uruguay, making some of these elusive and essential albums available again.

Hugo Jasa aimed to merge the glamour of the 80s (drum machines and Yamaha DX7 and Roland D50 synthesizers command the timbre of the album) with Uruguayan Afro-candombe sound in his songs. A deep bench of national talent, as Eduardo Mateo, Hugo Fattoruso, Jorge Galemire or Mariana Ingold, took part in these sessions. The album was originally released in 1990 with a single pressing of 300 copies, and then recently rediscovered by new generation of DJs, musicians and hardcore record collectors around the world thanks to the internet, reaching a cult status and becoming a top want.

Hugo Jasa’s “Estados de ánimo” is reissued here for the first time, in its original artwork with an extra OBI and including an insert with liner notes by Uruguayan music writer Andrés Torrón.

After over a decade of dictatorship, a process of democratic openness began in Uruguay in the early 80s. It was a time of social and cultural effervescence, Uruguayan music lived a particularly brilliant moment, marked by the emergence of a generation of artists who open-mindedly mixed the new global sounds that started to resonateacross the country with their local and regional musical roots. Hugo Jasa was at the centre of this new music scene.

Born into a family associated with music and dance, Jasa studied composition, musicology and orchestra and choral conducting, as well as being a drummer. He also followed in his father’s footsteps as a sound engineer. Some of the most interesting Uruguayan records released in the 80s were recorded in La Batuta studio, co-owned by Henry Jasa, Hugo’s father. The studio became a meeting place for that generation of musicians who combined their creative facet with advertising work, also collaborating on one another’s records and shows.

In the brief intervals the studio was available, Jasa started to experiment with musical ideas that he imagined for a dance piece. He also sought to merge the glamour of the 80s with Uruguayan Afro-candombe sound in his songs. A deep bench of national talent, as Eduardo Mateo (with whom Jasa went on the make the wonderful album “La Mosca”), Hugo Fattoruso, Jorge Galemire or Mariana Ingold, took part in these sessions.

Drum machines and Yamaha DX7 and Roland D50 synthesizers command the timbre of the album that was released at the end of 1990. The same year that the dance piece with choreography by Graciela Martínez was premiered by a group of dancers from the National Ballet. The album was released on vinyl with a single pressing of 300 copies. There were two dance performances and then the show was never put on again. “Estados de ánimo” was the only album released under his name.
The record passed the listening public by completely, although it was appreciated by a younger generation of artists, who were taking their first steps in music that was halfway between analogue and digital. The conjunction of machines and acoustic instruments, the harmonic sophistication, mix of candombe, electronic music, jazz and tango, its international sound with strong Uruguayan roots, made “Estados de ánimo” a milestone for much of the music that followed in its wake.
In the second decade of the 21st century the record was discovered by DJs, musicians and hardcore record collectors around the world thanks to the internet, reaching a cult status and becoming a top want.

31 years after it was first put out, “Estados de ánimo” is reissued here for the first time. It still sounds fresh and surprising, as creative and glowing as the time where it was conceived. 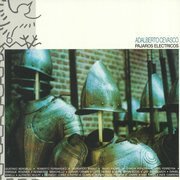 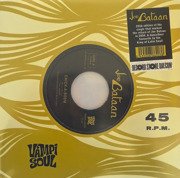 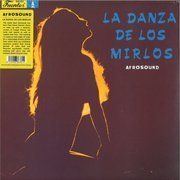 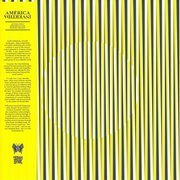 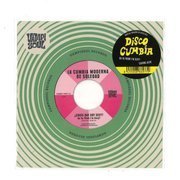 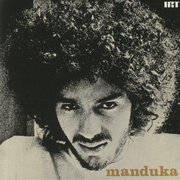