Resistance Sonores is Modern Sun Records head honcho Skymark's sixth studio album. He has also released some great EPs on labels like Rush Hour, Neroli and Nsyde in recent times. On offer here are eight tracks of spiritual jazz, Brazilian fusion and soulful disco composed, performed and recorded by Marc Friedli himself. The Barcelona based producer claims "No hype, no indie elitism, no opportunistic network, no lobby in search of the fame, just soulful music!" And that's a good enough mission statement if you ask us. There are some quite lovely nu-jazz vibes on here, are reminiscent of modern legends Mark de Clive Lowe or Atjazz's finer moments and an enjoyable listen that will fuel some exotic daydream fantasies to get you by until next Summer. Highly recommended! 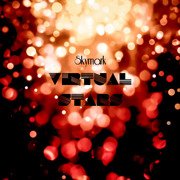