Dar Disku release their fourth installment of middle eastern records flipped for the dancefloor. Composed of two club-ready edits of popular music from the MENA region, the duo are building even more steam from their release of the egyptian classic 'Sahrany' (Tjade Edit) (Dar Disku 003) and Sidi Mansour (Moving Still Edit) (DD002). Played out across the world by the likes of DJ Seinfeld, Palms Trax, Hunee and more, these new edits re-imagine what life on an 80's gulf discotheque feels like. With their last two records receiving critical acclaim from the likes of Resident Advisor (Tracks of the Year), CRACK Magazine, Vice and Esquire, the duo are set to transport you into a forgotten era once more.

Side ‘A’ features Dar Disku’s very own edit of a middle eastern classic ‘Abdel Kader’. Made famous by Rai superstars Khaled, Faudel and the late Rachid Taha, Dar Disku have flipped an alternate cover release by the North African superstar Cheb Mimoun. Taking inspirations from South African bubblegum and Egyptian G Funk, the duo’s edit layers the industry standard Yamaha DX 7 bassline along with a middle east exclusive release ‘quarter tone scale’ Roland. The track explores themes of nostalgia with the ever familiar ‘abdel kader’ but offers a fresh interpretation of what will undoubtedly re-connect listeners with their roots.

Side ‘B’ features a collaboration of two long-standing Dar Disku favourites, Dublin via Saudi Moving Still and Tjade from the Netherlands. Equally responsible for some of the biggest hits across the dance music scene in the last two months (Rush Hour chart topping ‘Koi Jaye and Sidi Mansour) the pair have collaborated to create the italo-esque edit of egyptian pop star Azza Kamal’s ‘Maadna Bkra’. The tape was originally found by Moving Still on a recent visit to his hometown and was later sampled to create the track. Azza’s iconic vocals echo throughout the track with the classic call and response found in the music from his era. Tjade’s signature drums paired with Jamal’s trademark arpeggiator bass create a dancefloor future classic. On a recent visit to the Gulf, Moving Still went on a treasure hunt through the markets of his home town. “ I hadn’t got a chance to listen to all of them but with the COVID-19 lockdow, I began to sift through my finds. The minute I heard Maadna Bukra I texted the label saying “you have no idea what I just found..”. As I got started I already visualised Tjade collaborating on it. Weirdly enough he got in touch and asked if I would be interested in working on an edit together. It’s so lovely to be able to work with someone you admire musically and lockdown shows us that you don’t have to worry about being in the same city. I always believed the two of us would end up working on a song together, and to put it out on a label I believe in and to be able to give back to the community is a wonderful privilege. “

In light of current worldwide events - the importance of togetherness, equality and diversity are more important than ever. Music is one of the tools that enable this and Dar Disku (together in agreement with Moving Still and Tjade) will be donating 50% of profits from the release directly to middle-eastern based charities. 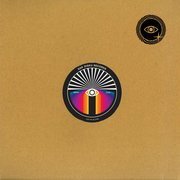